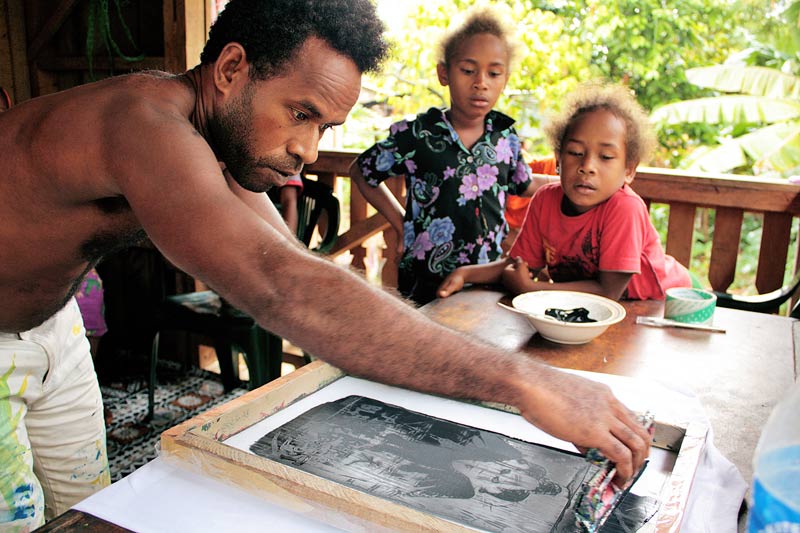 Wally screenprinting at home while two of his children pay attention. 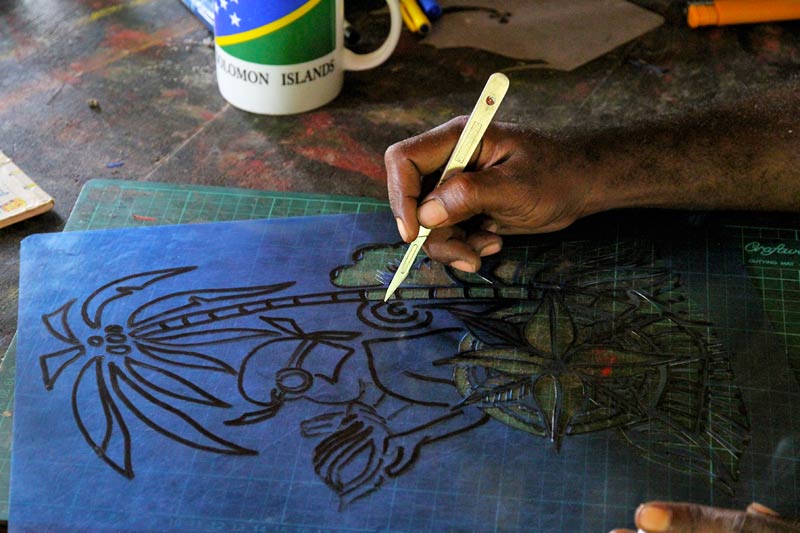 Cutting his design on a recycled x-ray plastic using a surgical knife.

Washing a screen with designs previously exposed to sunlight.

Selling a t-shirt in Auki town.

Working on a design for a big banner.

Painting a banner under his house.

Explaining how to fold a fabric before dying it at one of the workshops in Baunani.

Teaching how to dye the fabrics correctly for getting the right pattern.

The group from Maoro village showing all their creations after the workshop. 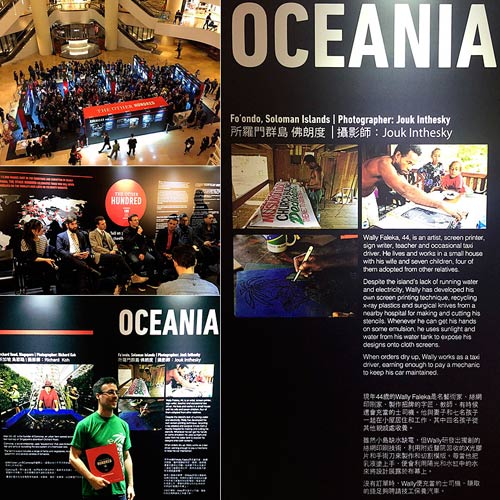 The Other Hundred openning ceremony for the exhibition of the Entrepeneurs edition in Hong Kong (2015).